Inspired Entertainment, Inc. announced that its remote gaming server (“RGS”) platform has launched in Michigan.  An initial batch of Interactive games is now live, with more titles to follow shortly. Inspired has an industry-leading portfolio of in-house produced slot content and Virtual Sports for both online and mobile players, with many of these games custom-built to suit players in North America.

“We are thrilled to launch our Interactive games in Michigan, which has been a key focus of our growth strategy,” said Brooks Pierce, President and Chief Operating Officer. “North America is a priority market for our Gaming, Interactive, and Virtual Sports businesses, and our footprint has been expanding rapidly.  As more States pass legislation in the flourishing US iGaming market, we believe we are well-positioned to bring our products to market with a detailed game launch strategy and high-profile partners already in place.” 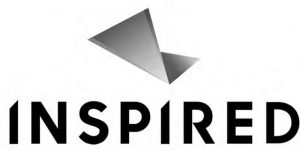 With a population of approximately 10 million people, Michigan remains a targeted iGaming market for Inspired. In April 2021, Michigan reported $94.9 million from Internet gaming gross receipts, which compares to New Jersey’s Internet gaming gross receipts of $107.8 million in the same month.  Since the Michigan Gaming Control Board (“MGCB”) granted Inspired a provisional license to supply its online games in January 2021, Inspired has developed an expanding library of games approved by Gaming Laboratories International (“GLI®”) and MGCB for use in the State.